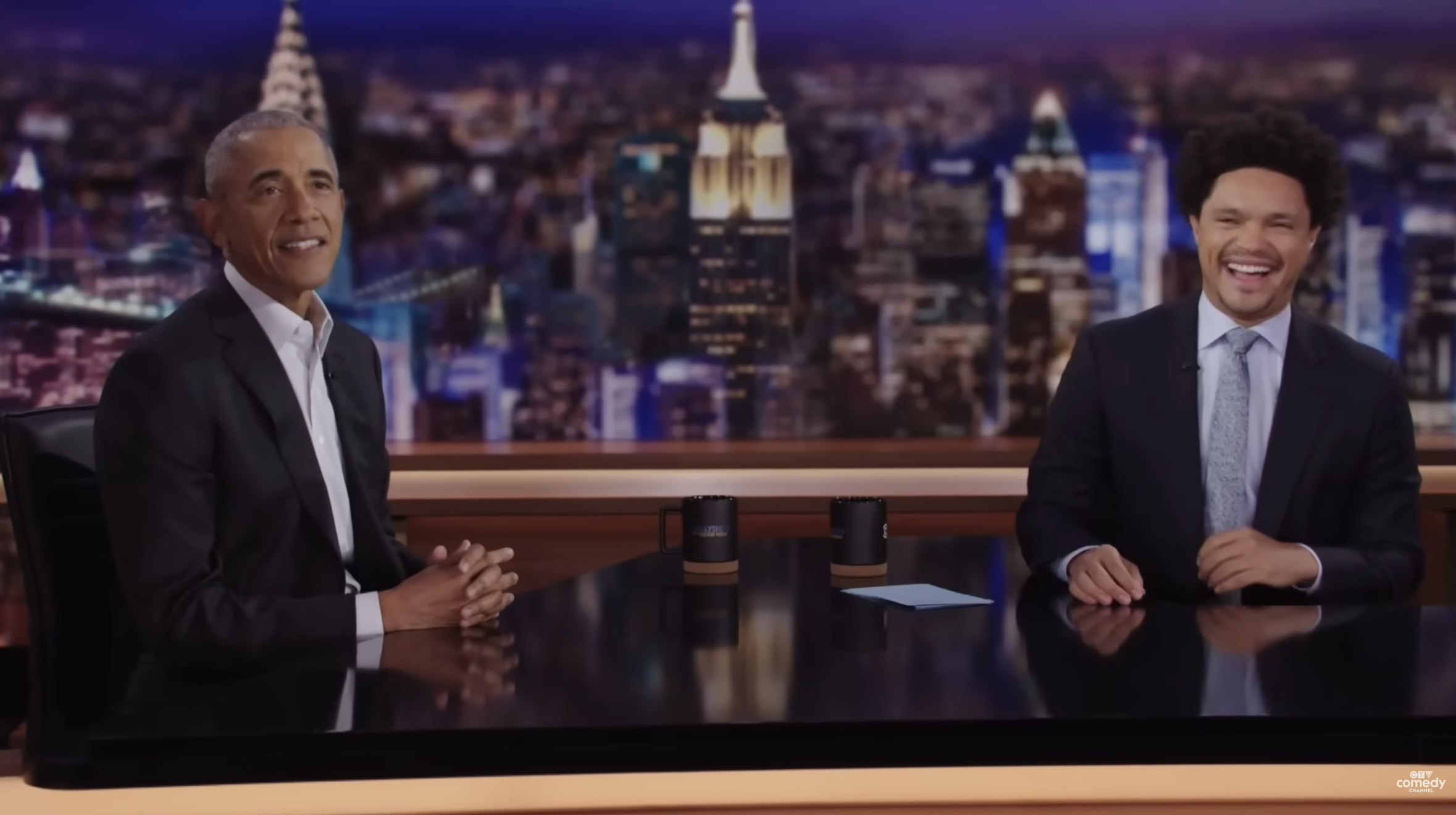 Former President, and Resident World’s Coolest Human Being, Barack Obama Sat Down for an Interview With the  Daily Show’s Trevor Noah.

In the interview, Trevor Noah and Former President Barack Obama discuss democracy and the rise of dictatorships around the world. They also discuss ways to combat the misinformation sweeping the globe. As well as democracy’s requirement that you actually get along with people that you disagree with, to get things done politically. They also discuss how Democrats and progressives can’t just talk the talk, they also have to walk the walk, and be tough. We have to be ready to stand up for what’s right, and to support others who are standing up for what’s right, even if it is not adventagious to our personal goals at that moment. The reality is that democracy is so important that we all have to do our fair share to defend it, from the misinformation and extremism, currently engulfing our great nation. Facts matter my friends! And it’s high time everyone returned back to reality for a while.

← Why the Shooting in Colorado Springs Should be a Wake-Up Call for Gun Rights Activists The New and Improved Donald Trump? →