Did you think that you would ever see the day that people were more concerned about what shoes candy is wearing online or on television rather than worry about feeding everyone and making sure we all survive the day to day struggles us poor folks deal with? More and more people are finding it difficult to buy groceries. More and more people are unable to afford their monthly bills. More and more people are having to choose between food and medicine, especially the senior citizen demographic. The state of our country, as well as the rest of the world, is facing struggles that we should not have to. Greed is taking over and right now it is winning, unfortunately.

The World Then, Now, and What We Survived

The state of the world that we live in today has changed drastically since our grandparents were children. They had to deal with the Great Depression, but groceries were affordable back then. Twenty dollars ($20) worth of food back in the year 1928 has increased significantly because now that $20 worth of food costed us $375.95 in the year 2022. The inflation rate was 9.95% that year (2022). That increased as well from just the year before. The year 2021 had an inflation rate of only 3.94%. 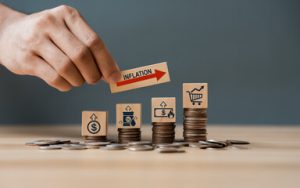 So needless to say, 2022 was not a good year compared to the ones we made it through before. We have made it through the Spanish flu pandemic of 1918 that killed roughly twenty million people. We have made, and still are making, it through the COVID-19 pandemic of 2020 that killed roughly six and a half million people to date. We have made it through wars, drug overdose epidemics, mass shootings at schools, churches and malls, extreme weather changes, and leaders of our country that did not have our best interest at heart or in mind. I say all of this to introduce you to one of the craziest things I saw on television one night when I could not sleep. People are actually having debates, discussions, and problems with the fact that the green M&M wears sneakers now. Those people are of the Republican party. Tucker Carlson is just one of the people that is proving his discontent with the M&M’s shoes. 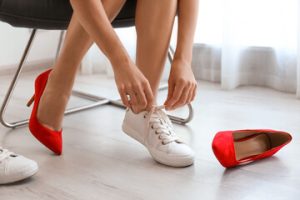 Yes, you read that correctly. Ever since the green M&M changed her footwear, it has sparked outrage in the Republican party world and led to even more “controversy.” Mars, Incorporated has been accused of marketing their candy in a liberal direction which prompted Republicans to put their two cents into a debate that never existed in the first place. All of this is over the fact that the green M&M went from wearing high heels to now wearing sneakers. The Mars company made this small, but yet significant, change to show they wanted to create a world that included everyone. They wanted to appeal to a younger generation so they made changes just like any other company would to attract business to make more money. Tucker Carlson went on to say that the change in footwear was de-sexualizing and was part of a push for “woke” society. According to him, when the brown M&M changed to lower block heels from high stiletto’s he called it less sexy but progress. That was last year. Fast forward to this year and his opinion has changed but remember we are talking about candy. Colorful candy-coated chocolate candies with a M stamped on them.

Tucker Carlson made the comment, “M&M’s will not be satisfied until every last cartoon character is deeply unappealing and totally androgynous, until the moment you wouldn’t want to have a drink with any one of them. That’s the goal. When you’re totally turned off, we’ve achieved equity. They’ve won.” He also poked fun at the “obese purple M&M, and the possibility that the green M&M could be a lesbian. He made the claim that woke M&Ms are back. My question is this. Why in the world is Tucker Carlson looking at candy in a sexual way? They are not humans. You can’t go on a date with them, and you damn sure can’t sit and have a drink with them unless you are pairing them with a glass of milk while you throw them in your mouth to eat them! 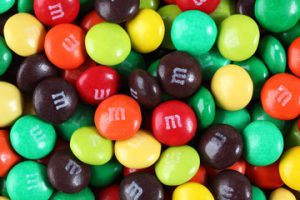 Republican politicians, for some reason, are complaining about what these mascots are wearing because they have nothing else to complain about to keep them in the news in my opinion. The M&M mascots have now become part of the ploy to keep the Republican party relevant by telling the world that a piece of candy is not sexy enough to sit down and have a drink with. 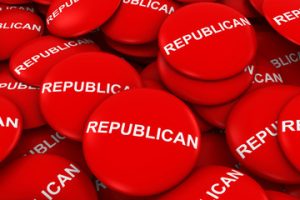 Tucker Carlson needs help. Maybe he should make a profile on Tinder to meet women that are human. Maybe the women he will meet on there will wear high heels and be sexy enough for him to sit and drink with. After all, who does not need a drink to sit with him? Tucker is also claiming that the M&Ms are trying to encourage a woke society. I wonder if he even knows what woke means. According to the dictionary online, being woke means either the past of wake or alert to injustice and discrimination in society especially when it comes to racism. Judging by the definition, how in the world are the footwear of M&M mascots part of the “woke” culture?? They are not discriminating against anything, or anyone based on race. They are simply pieces of candy that have been illustrated for us to enjoy as a snack as well as entertainment. Tucker Carlson and the rest of the Republican party should focus more on issues that matter like food prices, healthcare for everyone, medicine prices, and the housing crisis that our country is facing. More people are becoming homeless, and Republicans are focused on shoes of candy!

M&M’s Crew Fired for Their Shoes

Since there seems to be such an issue with the M&M’s mascots, they will be replaced with an actual human being. That human is none other than Maya Rudolph. She is an actress and comedian who supported the Democratic party. The new commercials and advertisements with Maya will start during the Super Bowl of 2023. The M&M company said that Maya Rudolph is someone that America can agree on. They apparently have not fully thought that statement through. You see, Maya is bi-racial. She was born to a black mother named Minnie Riperton, and a white father named Richard Rudolph. While most of the world is in favor of people in general, there are still some racists, sexist people out there that will have a problem with Maya Rudolph representing M&M’s. What is next? Will they say that she is un-American representation of an American favorite candy? 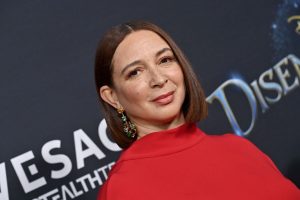 Before I put any ideas into someone else’s head, I will end this article here. I hope that all of you will still enjoy the deliciousness of M&M’s candies. They are a great snack to munch on any time of the day or night. We have all grown up with these little pieces of chocolate that melt in our mouth, and they will still remain a favorite candy among the masses in the years to come. That is unless the Republican party gets them completely banned somehow. (Cross your fingers that it never happens, please) I will say just one more thing. I think Maya Rudolph is a great actress and is very funny, but I wonder if there is a better person to represent M&M’s candies. I wonder if they considered the rapper, Eminem? I think it would be great, but I also wonder how much controversy that would cause since Eminem is anti-Republican!

Check out the video below of Tucker Carlson’s rant and tirade over the simple fact that a piece of candy changed her shoes. He even goes after the orange M&M mascot about his anxiety issues. He says that the change in footwear is to blame! Come on now! Tucker Carlson, please wake the hell up and report on things that actually matter and have substance. No one really cares about what shoes a piece of candy wears. Maybe someone should put Tucker Carlson in a pair of stiletto high heels and make him wear them for twenty years and then maybe he will change is mind and stance on sensible footwear.