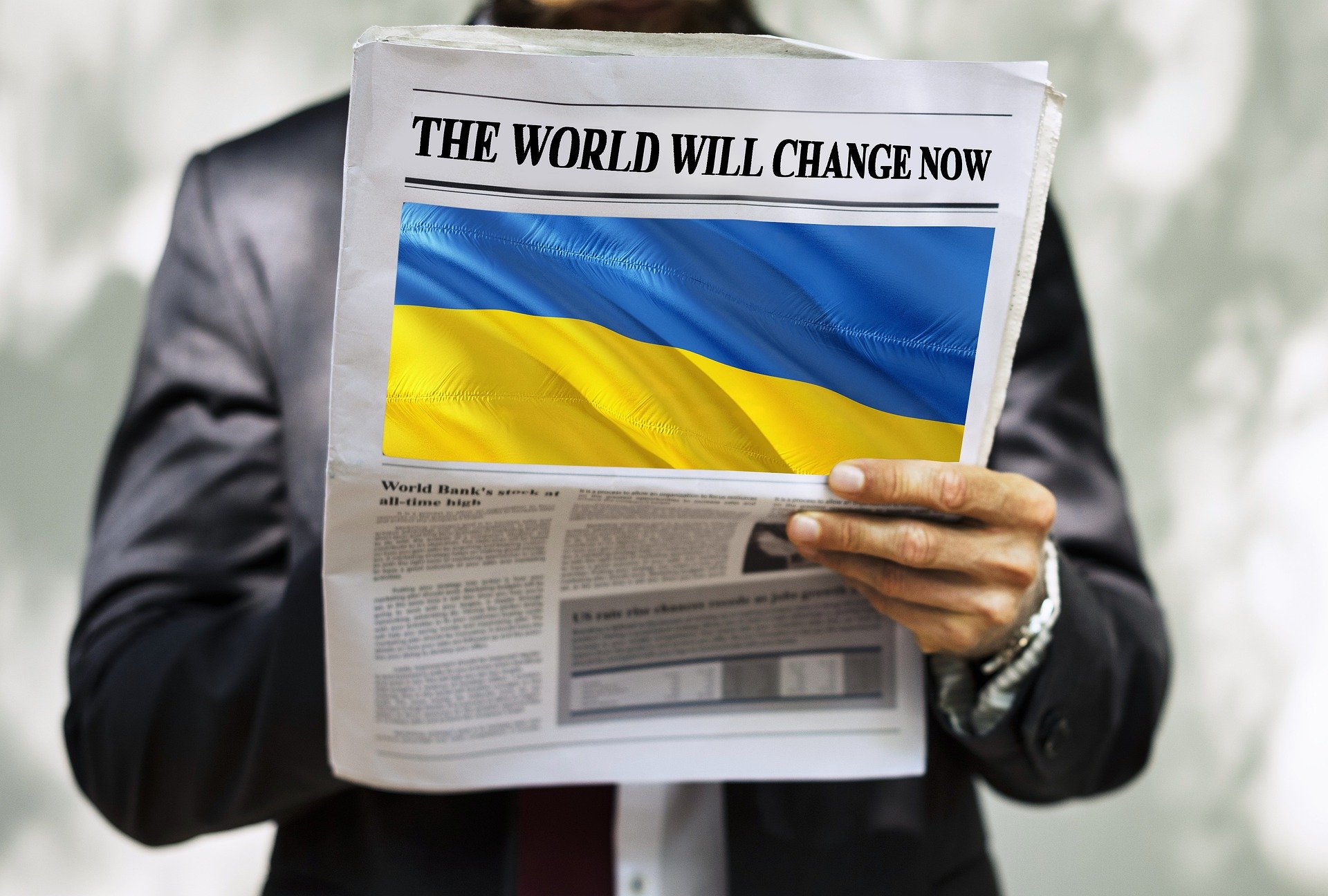 Russia’s invasion of Ukraine came at a time when people around the world were already suffering greatly. The pandemic of COVID-19 is still fresh in people’s minds as it still hasn’t wound done completely. Many nations are still struggling to increase vaccination rates as COVID rages on indiscriminately.

Now that Mr. Putin has decided to insert himself into Ukraine, he has taken the world off guard as the chaos continues to unfold. While many people with a rudimentary knowledge of history have been expecting this day for many years, the fact that it’s actually happening almost defies credulity.

The invasion has polarized people that were already polarized over other issues such as vaccination against COVID-19. Polarization aside, much of the Western world has sided with Ukraine. Despite many differences between the Western nations, one thing they can agree on is that no one will benefit from Russian expansion.

People from countries all over the globe are showing support for Ukraine in different ways. The people of South Florida have stepped up as they have demonstrated an overwhelmingly positive outpour of support for Ukrainian independence.

What War in the Ukraine Means for the Western World

The people of South Florida are very intelligent. They’re in tune with the big picture and the world at large. South Floridians aren’t confined or restricted to local thoughts. They’re a worldly lot with a steady stream of valuable information.

That shadow is coming concerningly close to Western Europe as nations like Germany brace themselves for what’s to come as Russia continues to encroach. If Russia succeeds in conquering Ukraine and restoring one of the lost gems of Soviet-era territory, one must wonder what would happen next.

While it’s natural to wonder what may happen next, the very thought of it sends chills down the spine. Would someone as ambitious as Mr. Putin be satisfied by dominating Ukraine? Or would he set his sights on other nations farther to the West, farther into the heart of democratic freedom and the ideals of liberty itself?

That is a question, that most would hope we will never have to see the answer to. That’s what’s at stake. That’s why the war in the Ukraine matters, not just to Ukrainians, but to us all, including the savvy and cosmopolitan denizens of South Florida.

How South Florida Is Showing Staunch Support for Ukraine

In addition to countless private donations, South Florida has scheduled a number of events to demonstrate its support of Ukrainian independence as the Russian invasion drags on.

An Anti-War Rally in support of Ukraine in Miami was scheduled for Marth 5th. Another event called, “We Are All Ukraine” was scheduled for March 6th. The rally will serve as a sign of support for Ukraine as well as a reminder that the Ukrainian conflict affects all of us near and far.

One event featured nearly a hundred protesters as they gathered in Sunny Isles to protest the Russian invasion. Many South Florida residents who have been protesting the conflict have loved ones living in Ukraine. That said, many others are showing support for Ukraine because they can foresee the consequences of a Russian-occupied Ukraine.

Of course, many are also doing it out of the goodness of their hearts as it’s upsetting to see so many innocent people suffering unduly. In addition to the prospect of a horrendous loss of life, Putin’s invasion of Ukraine also poses a threat to countless historic buildings throughout the country.

While no one can argue against showing support for Ukraine as Russian forces make their way through the struggling nation, some manifestations of this support make less sense than others.

Numerous bars have been dumping all of their Stoli and wasting it for no reason. Although they’re well-meaning in doing so, eradicating Stoli vodka from bars around the country won’t do anything to help Ukraine.

With people in South Florida and across the country looking for ways to demonstrate support and solidarity for Ukraine, many have taken to boycotting the famous vodka brand, Stolichnaya. Some have even taken to breaking bottles open and dumping the vodka down the drain or into the streets. Why? Because people associate Stolichnaya with Russia.

There’s just one problem. Stolichnaya isn’t Russian. It’s produced in Latvia, not Russia which means wasting or boycotting Stolichnaya won’t hurt Mr. Putin and his pals one bit. You should also know that the actual owner of Stolichnaya, a Mr. Yuri Shefler, is an outspoken enemy of Putin.

He’s a billionaire and a rebel who has incurred the wrath of the Russian state multiple times. At one point, Putin tried to have Yuri Shefler arrested while claiming he threatened to kill a government official.

If anything, Yuri Shefler, and Stolichnaya by association have been a massive thorn in Putin’s side. If you really want to stick it to Putin, Russia, or both, buy a bottle of Stoli and enjoy it with your friends and family.

In looking ahead, there are two distinct futures that we could see as a result of the Russian invasion of Ukraine. If Russia succeeds in conquering and occupying Ukraine, it will tarnish the tapestry of liberty and put other cultures at risk. The onslaught of Russian oppression would likely continue and grow more dangerous by the day.

There is another possibility, a much brighter one. If Ukraine repels its Russian invaders and remains strong, it will represent more than a simple victory. Putin has never lost a war and if he loses this one, it will forever tarnish his militaristic reputation and put a massive chink in the armor of Russian dominance.

Ukrainian victory over Russia will be a strike against oppression, it will be a testament to the very ideals of liberty itself. That said, victory won’t come easy, it will take the efforts of many nations and many peoples.

The people of South Florida stand with Ukraine, and while they may live far away, their support will be greatly appreciated by Ukrainians who are fighting for their lives at this very moment in this dark and fateful chapter of history.