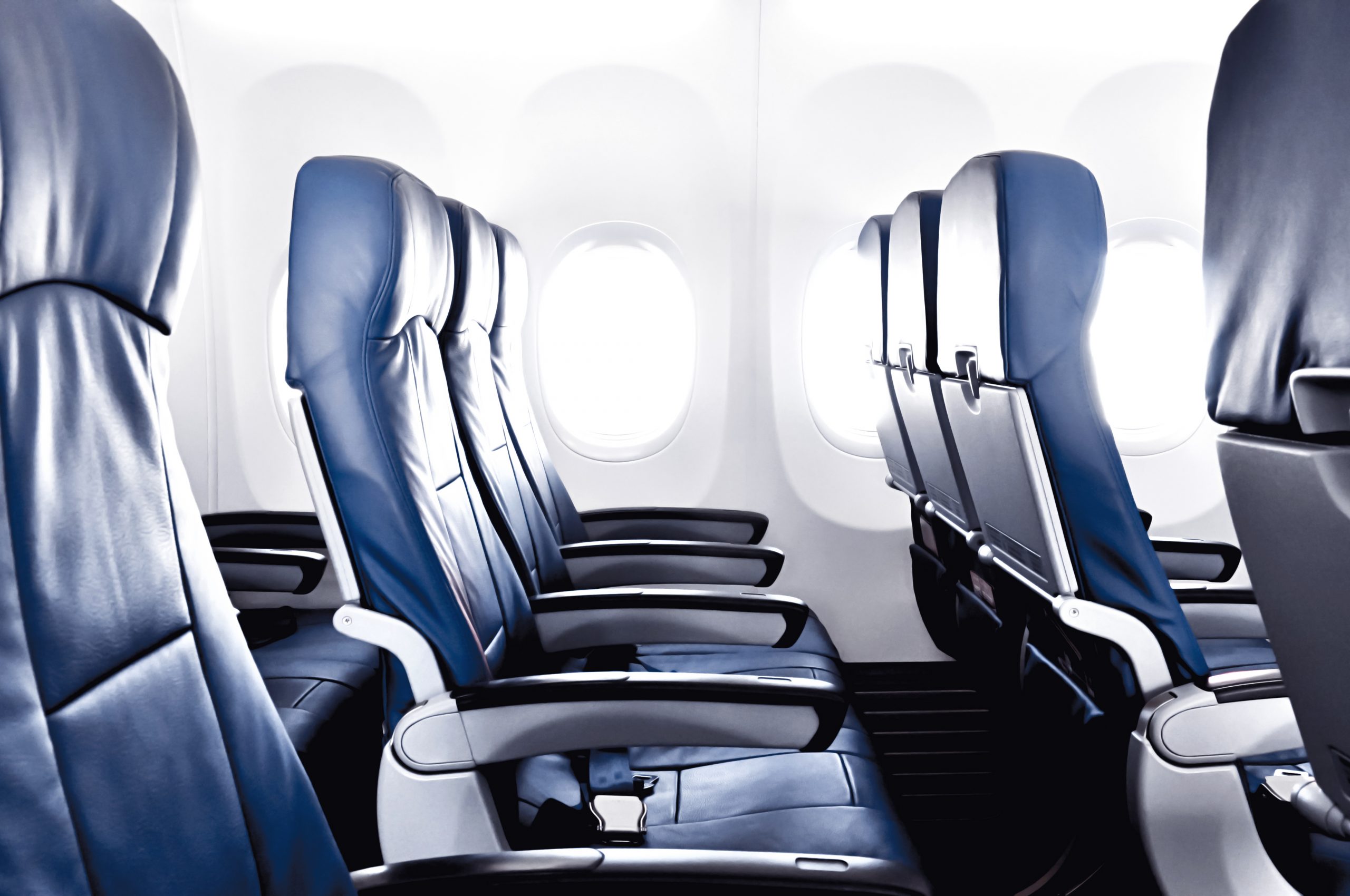 Wow, just wow. Hands down the worst airplane seat I’ve ever sat my tush in and I paid extra for it!

United Airlines has gone through a huge upgrade and some of the recent changes are really great and smart. Others are absolutely terrible…

The one smart thing they did is save money by not putting TV screens in the back of all the seats. Instead, they offer wifi (not very good) and the United App (pretty good). Inside the app, they have tv, radio, and movies that you can watch on your own device while using their in-flight wifi. To do so you log on with the United app on your phone and then place your phone on a holder in the back of the seat in front of you. Essentially turning your phone into your own personal TV screen. The seats also have a power socket so that you can keep your phone charged while using it as an energy-draining in-flight TV screen. All in all a pretty smart plan that increases their app usage tremendously, saves them a ton of money, and provides customers with a decent TV experience in the air.

Now on to the bad stuff…

The worst part about flying United Airlines is hands down, the seats! They by far have the worst seats of any airline to ever fly the friendly skies. United has three seat options and none of them are good. The first-class seats are the best obviously but they honestly are not very good either. Especially for the extravagant extra money, they ask you for to book them. The first-class seats are the width of the old normal seats. But are super thin with little to no cushion at all. They are also right on top of their neighbors. There is literally nothing “first-class” about United Airlines’ first-class experience. It’s more like you pay for first-class and they will treat you like a human being instead of cattle.

The premium seating that I’m currently sitting in as I write this is even worse. I personally paid extra for the first row behind the first-class seats. This area is called the bulkhead seating. I’m 6’3 and 240 in good shape, not fat. So I like a little extra room. But I can’t even fit in this new seat at all! I feel like the Jolly Green Giant because the seat is made for people 3/4’s the size of a normal human being. It’s actually one of the absolute worst flying experiences I have ever had in my life. I’m currently in the middle seat and my shoulders and arms take over both armrests on either side. Pushing one person out towards the aisle and pushing the other up against the window. There is no room for any of us at all and this is supposed to be premium seating.

The seat I’m in has hard metal armrests that are tall and about two inches wide. It seems like they were put in on purpose to restrict movement and wedge people into their spot. My hips hit the metal armrests on both sides. Squishing me into the equivalent of an adult booster seat. The armrests are so big and the space so tight, I can’t even open my legs at all. I have to keep my knees completely together and legs straight. My shoulders go over the armrests and into both my neighbor’s premium seats that they paid extra for, making me feel terrible and embarrassed. I’m pushing the nice man on my right into the window and pushing the nice lady on my left out into the aisle. I can’t even put my elbows down on the armrests cause the armrests are squeezed in on my hips. Leaving me no room for my arms at all. I feel absolutely awful for my seatmates. For a longer flight, this would not even be humanly sustainable. We all got beverages from the stewardesses in-flight service once our trey tables were open there was no room for us to even enjoy our drinks at all. We looked like homeless people huddled together trying not to spill our drinks on one another.

If I ever met who designed and approved these seats I would punch them right in their cheap space-saving face! 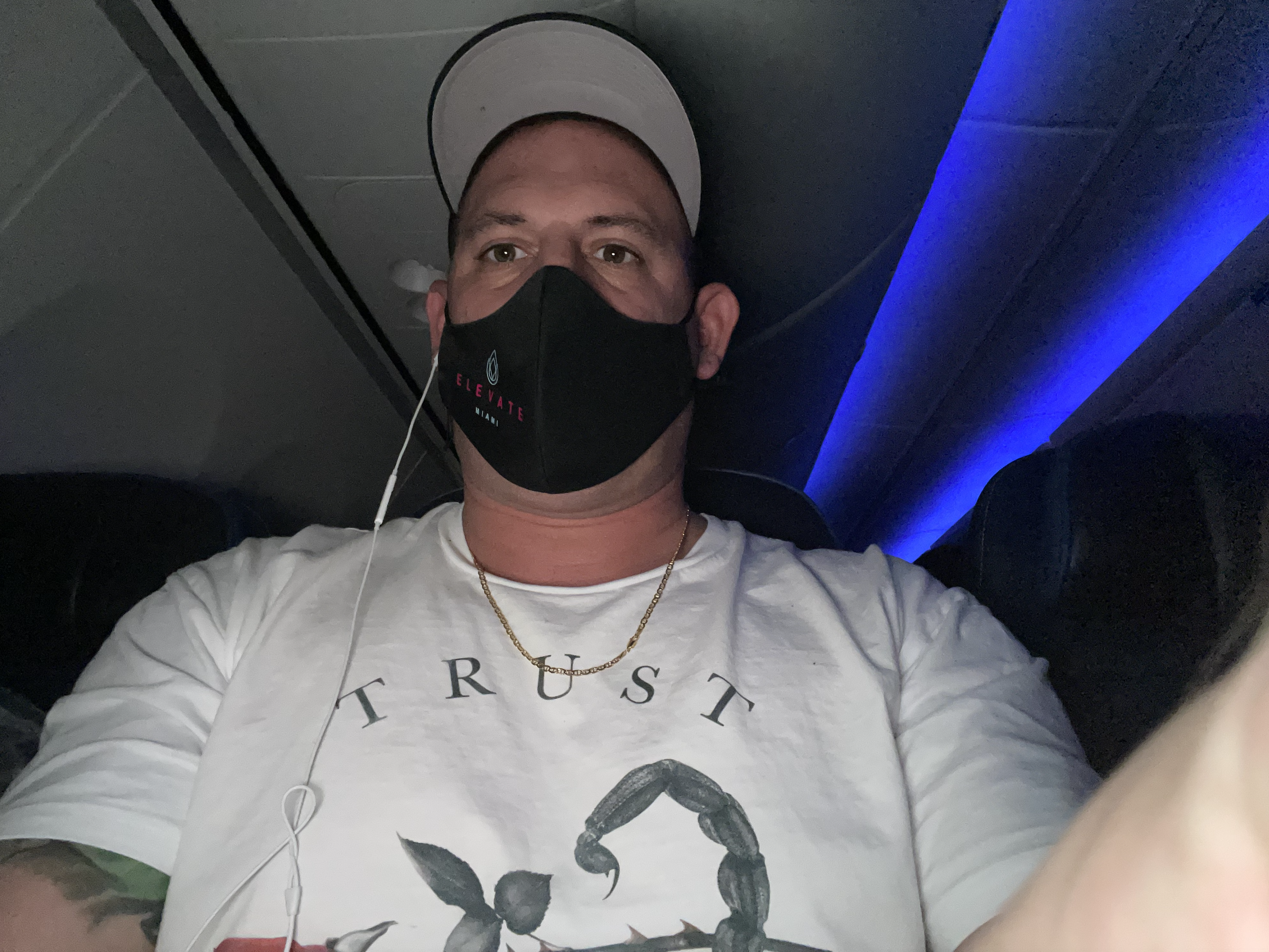 Look at my shoulders compared to the tiny United Airlines seat in the back.

I’m a normal-sized healthy human and this seat is miserable, cruel, and more like torture than a premium service, you should pay extra for. I have no idea how normal people can fit in the regular seating on United because the premium seating has zero room. If you are overweight or a tall human there is literally no place for you on United Airlines. Maybe that’s why they did it? Maybe United Airlines hates fat and tall people? The only problem for United is that everyone in America is fat now. Honestly, fat people should band together and file a class-action lawsuit and sue the airlines. It’s unethical and inhuman how the seats on these planes are set up, especially during a pandemic.

I don’t think that I will ever fly United again for the rest of my life, that’s how terrible their premium seating is. These seats are way too skinny. There is no room for your hips, shoulders, or arms. You are forced to be closer to your in-flight row neighbors than a hug. The guy next to me is sniffling. We are so close that it will be impossible for me not to get sick from him. United Airlines is a super spreading, terrible seating, overrated airline that puts people on top of each other in an unethical and unhealthy way to boost profits. I’m closer to the people in these seats next to me than I am with people I have sex with and I’m not even kidding! Shame on you United. Shame on you! You’ve gotten so cheap that your seats don’t even fit human beings anymore. Your premium seats are not premium. They are a complete and total joke, to be honest. Your regular seats are inhuman and torturous for all your patrons who are a taller or bigger size. Check out this pick of me in a premium seat that I paid extra for? Can you see me a normal-sized person pouring out of it? What a joke! United Airlines has gotten so cheap that their planes aren’t even suitable for human beings anymore. The back of the seat literally only reaches my shoulders leaving my head floating a mile above the headrest. The headrest actually lands on my shoulders forcing me to curl my back and hunch over on their flights because it is impossible to sit up straight with a head pillow in the middle of your back.

As humans got bigger United Airlines made their seats smaller a huge failure for customer experience and comfort on their flights. Greed over reality.

Wedging in more seats every damn year is not a business model. 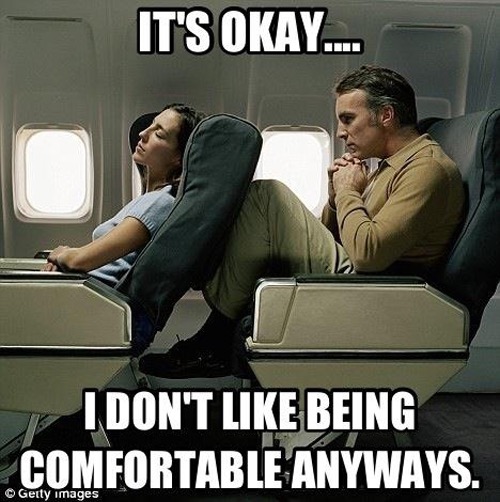 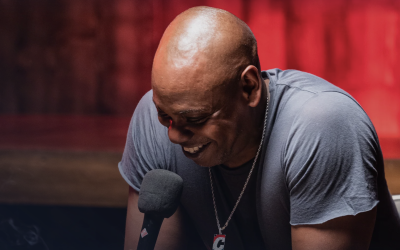 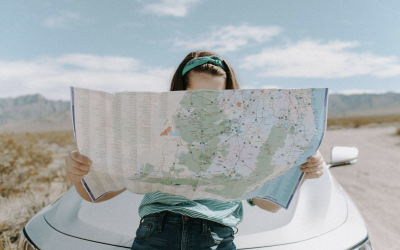 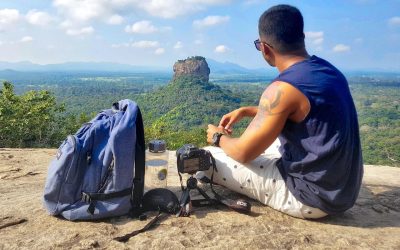 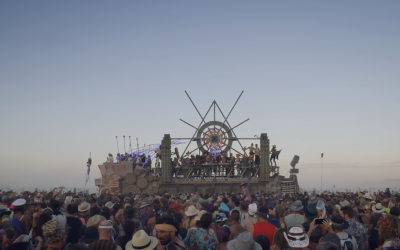 So you have been to some music festivals but you're not sure about Burning Man? I totally get it! Burning Man is next level. They even call it a city, not a festival. A city with its own rules and economy that you know absolutely nothing about. Sounds daunting,... 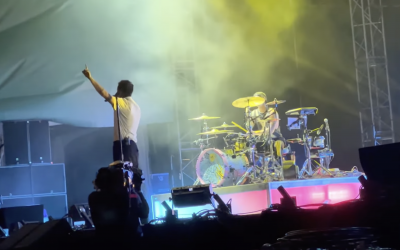