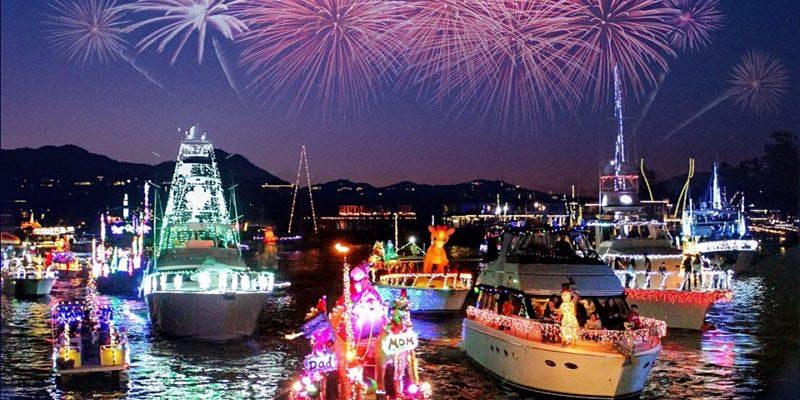 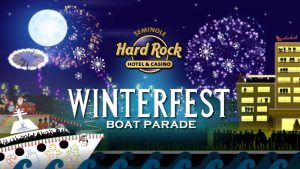 The 50th Anniversary Winterfest Boat Parade of 2021 sponsored by Seminole Hard Rock Hotel and Casino was held on December 11, 2021.  It could be seen at 512 NE 3rd Avenue in Fort Lauderdale.  It was a sight for everyone to see.  People come from all over to see this spectacle held in Fort Lauderdale every December.  If you haven’t seen it, you are definitely missing out!  Thankfully, it happens every year and it seems to get better and better as the years go by.  Bars are raised and challenges are met with music, lights, entertainment, and themes you would not expect.  Pack the cooler and make plans to attend! 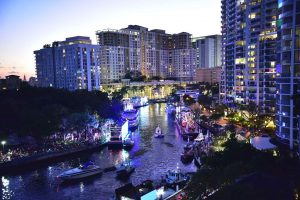 There were many entries of a variety of vessels in the boat parade.  There were kayakers, paddleboarders, barges, charter boats in a variety of lengths, commercial vessels in a variety of lengths, government boats, non-profit boats of different lengths, sailboats, showboats, and private boats of different lengths.  There was something to see for everyone from small children to their great-grandparents!  After all, who doesn’t like seeing beautiful Christmas lights, themes from their childhood and rocking Christmas music that can be heard for miles?!

Pre-Show Awards were given to #G Moore Paddleboarders for Best in Lights, #H South Florida Kayak Meet-Up for Best in Entertainment and #D Romantic Venice for Best Overall.

Barges had their own category.  #7 AARP Celebrates 50 Years of Winterfest onboard Ballyhoo won Best in Lights, #20 Ballyhoo One won Best Theme and #2 Winterfest Fireworks Presented by Ford won Best Overall. 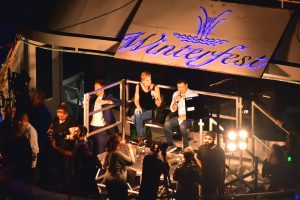 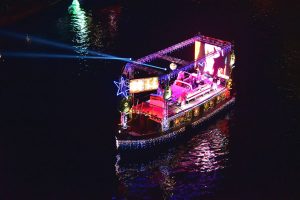 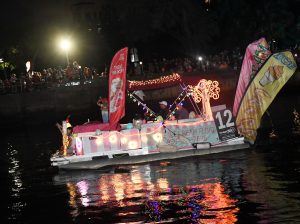 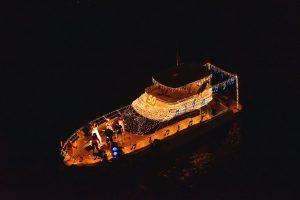 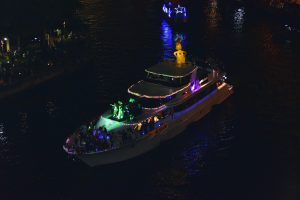 Specialty awards were given to a few participants of the parade.  The Admiral Award for Spirit and Enthusiasm was given to #99 Winterfest Rudolph onboard Miss Pontoon.  The Joe Millsaps Award for Military Spirit was given to #14 NSU Student Veterans onboard Starmaker.  The Beacon Lights Awards for Use of Moving Lights was given to #75 Turnaround.  The Kaye Pearson Award for Spirit of Innovation was given to #74 MSP Recovery onboard Namaste.  The Bob Leider Best in Television award was given to #70 El Ladrillo III.  The People’s Choice was awarded to #21 Mr. Bobb! 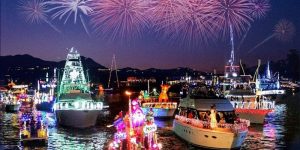 The last award to be given out was the Passionate for Parades award it was given to the following participants for being in multiple parades.  The recipients are:  Advanced Roofing onboard Millie, Magic Moment, Nauti Pilot, Sea Tow, South Florida Kayak Meet-Up, The Fine Experience, Turnaround, and the U.S. Coast Guard.

All of the participants in the Winterfest Boat Parade of 2021 put on an amazing show for us.  We are forever grateful for them for adding to our Christmas spirit. 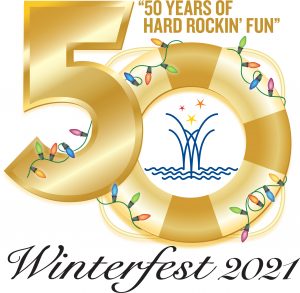