Netflix has yet again released another hit show to quickly reach the number 1 most watched spot; Dahmer-Monster: The Jeffrey Dahmer Story. Prolific serial killer Jeffrey Dahmer lured and murdered boys and men. He was known to also be a cannibal and a necrophiliac amongst many other sociopathic things. The true crime events of Jeffrey Dahmer have been portrayed in the media for years, his story is not a new one. Netflix is receiving some unexpected backlash from the series. What makes this adaptation of Dahmer different than the plethora of other films, tv shows, and true crime documentaries? If you watch the series it should give you a clue. Although the cinematography is captivating and crowd favorite Evan Peter’s portrayal is impressive, critiques explain that the show romanticizes Dahmer and minimizes the horrifying experiences and death of Dahmer’s 17 victims.

If you are unfamiliar with serial killer Jeffrey Dahmer here is a recap for you. Dahmer was born in Milwaukee Wisconsin on May 21st, 1960 to parents Lionel and Joyce Dahmer. His upbringing had its challenges. His mother faced serious mental health issues and speculated drug addiction. His father although successful was distant and always working. His father was a chemist and didn’t mind the oddities that Dahmer displayed early on in childhood. The father-son pair would bond over educating in animal anatomy and even dissecting road kill. Not the most common of activities for a father and son but it seemed to appease Lionel that he finally had a way to connect to his (distant) son. Jeffrey was noted to be shy and “always in his head”. He didn’t relate to other students, was isolated, and didn’t have many or any friends.

Dahmer began drinking to cope after his parents got a divorce. Dahmer picked up a male hitchhiker name Steven Hicks in 1978., making Dahmer only 18 years old at the time. Hicks ended up being Dahmer’s first person he murdered. From 1987 to 1991 Dahmer would kill, dismember, and often eat 16 more male victims. Many of his victims were black, gay men and he even murdered underage boys. The police would also press Dahmer that he chose this demographic to target because the police cared less about marginalized people. Dahmer would express he chose his victims on if they thought they were beautiful or not. Dahmer was caught in 1991 because Dahmer’s would be last victim was able to escape and literally dragged police back to Daher’s apartment informing them that Dahmer was trying to kill him. 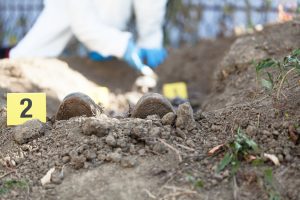 Dahmer is one of the most known serial killers in American history and his story has been retold over and over. One of the biggest problems with the Netflix series is that it is completely focused on Dahmer’s experience. It does portray some of the victims and their horrifying experiences and often these scenes are hard to watch. The fear and disgust portrayed are palpable and extremely disturbing. The show is criticized for continuing to give Dahmer his 15 seconds of fame and romanticizing his actions. Imagine being one of the many living survivors of Dahmer and you have to relive, in extreme detail, the tragedies that happened to your loved one. Many are criticizing Netflix for profiting off of the victims. At this time it is currently unknown if the families are receiving any financial commitments.

A few days after the series was released, several of the victim’s family members took to Twitter to criticize the show and express their distress. Eric Perry, cousin of victim Errol Lindsey tweeted that watching the series is making his family re-live the trauma they went through. Perry also followed up on this original tweet saying; “like recreating my cousin having an emotional breakdown in court in the face of the man who tortured and murdered her brother is WILD.” This is a good example of why the series is problematic. Although Netflix claimed the show was about the victims and it did explain a few victims’ experiences this was always meant to be a show. It is not a documentary so to be using these vulnerable moments and putting them in a show is inappropriate. Also, a lot of the victim scenes are only with Dahmer and the victim. Therefore we can conclude that the information from these moments came from Dahmer himself which is once again his side of the story only and his narrative. He had been known to be completely honest upon his arrest and it still comes with his own bias. Perry also went on to tweet that anytime a new film or documentary comes out the victim’s families are not informed. They find out when everyone else finds out and it is extremely startling and re-traumatizing. Perry also expressed that there has been so much coverage on Dahmer, “How many movies/shows/documentaries do we need?” This is a completely fair assessment. Dahmer had always had a lot of media attention and even 30 years later his story is a hot topic that people want to re-tell.

I think the problem with this specific series compared to any other is the detailed point of view. A lot of true crime documentaries and docuseries are not 10 hours long, but rather just one. There is only so much detail you can get into in an hour. Many of these documentaries are also more weighted on the police’s point of view and just the facts of what has occurred. This new series is a deep dive into Dahmer’s life experience starting from early childhood. It is all about him. The 5th episode of the series does begin to take a bigger deep dive into the victims. Specifically Tony Hughes. This is what the creators are pointing to when they say that this series is about the victims. It does portray a large back story of the victim and it all ends the same way which is Dahmer’s narrative. Not much of the series pays homage to the victims and the entire series does come off like they are simply telling a horror story.

This series also doesn’t have any dialogue about how to prevent Dahmers behavior. It does not have to be a literal dialogue and it’s giving off a vibe that it is a “Halloween Story” rather than tragic events that devastated a lot of people. It’s not just a story to be told and it leaves you feeling unsettled and rattled rather than educating you and leaving you thinking. This is just such a stark difference between this series and the others that have been created. Author Hallie Rubenhold tweeted ” “If you can’t change the narrative if you’re not interested in the ethical angle if you’re not genuinely invested in the victims’ stories, don’t make a film,”. Rubenhold encapsulated how a lot of people are feeling about the Dahmer series.

An important scene in this series is when Dahmer’s dad picks him up from jail after being charged with sexually assaulting a 13-year-old boy. The scene prior was Dahmer’s father writing to the judge asking to get his son help for his alcoholism. He also believed that this was his last chance to help his son. When Lionel picked up Dahmer he asked him if he ever spoke to a counselor, psychiatrist, or “anyone” about his issue. Dahmer said he did not. The scene end’s with Lionel escaping to a corner to have a moment of distress. Unfortunately,  not much has changed since then. On top of the many times, Dahmer was confronted by the police and released, he spent one whole year in jail on a sexual assault charge. There was no effort made to rehabilitate Dahmer or to discuss the nature of his crimes. There are still insufficient efforts being made now to rehabilitate inmates. Maybe if someone did speak to Dahmer they would have finally seen the blaring red flags he had displayed throughout his entire life and put an earlier end to his murders.

It is insane how slow America is to make the necessary change. Dahmer even expressed how he enjoyed being isolated and was mainly left alone during his entire stage. Jails and prisons are built to house and punish and they do serve a valuable purpose in society. However, more often than not those who commit crimes do get released. It is silly to think behavior would change out of nowhere. Even implementing a rehabilitation program would be ideal. AA is free and those who present AA are also free. There are not many other resources that are completely free of charge and wouldn’t be an added expense or burden on our justice system. The system just does not care about rehabilitation when that is mainly what they should care about. We will never know if Dahmer could have been rehabilitated and at a minimum, if there were more resources available to him it may have been discovered that he was a serial killer and a serious threat to society and therefore not released.  Many forensic psychologists that go into the system for evaluations don’t have a plethora of time and little resources so they have to come to conclusions pretty quickly about an individual and they are trained to do so.

A positive for the Netflix series is that it explicitly shows how the American justice system failed, which does bring more awareness to such a big problem. On more than one occasion police interacted with Dahmer when he had a deceased body within his vicinity. Probably the most heart-wrenching is the early call from his neighbor, Glenda Cleveland. She explains her concern with Dahmer and that she suspects he is doing something he should not. She truly tried her best to fight for justice. She was blatantly ignored. What is insane is that she was by far not the only one to report the serial killer. A possible victim of Dahmer got away and reported him to the police imploring them to investigate him claiming Dahmer attempted to kill him. Once again it fell on deaf ears from the police. Cleveland was a black woman and the building they both resided in was low-income housing that the police even said was a “crack house”. Socioeconomic status and race played a huge part in the failure of our justice system. Law enforcement officials make lower-class people of color less of a priority than white men. This is why Dahmer got away when he had so many encounters with the police. Being a white man, and having more status allowed him to get away with murder.

With all this said it is not to say that Peter’s and Nicey Nash’s acting wasn’t exceptional or that the concept was so off base. For the abundance of injustice that occurred during Dahmer’s killing spree, I think that people just want to see justice and change. The series focusing yet again on Dahmer’s experience just did not land and didn’t do the deserving victims justice. 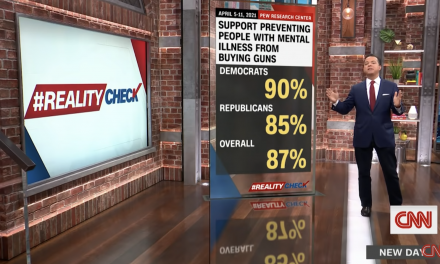 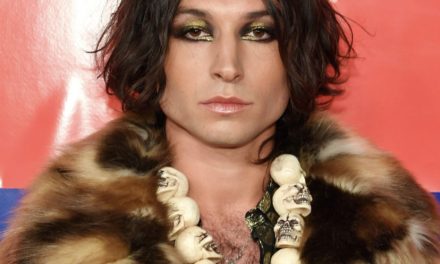 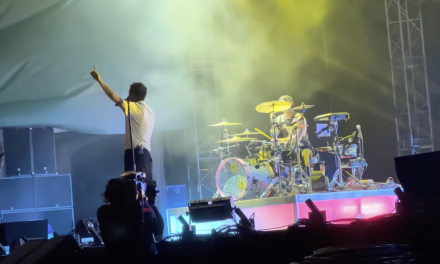