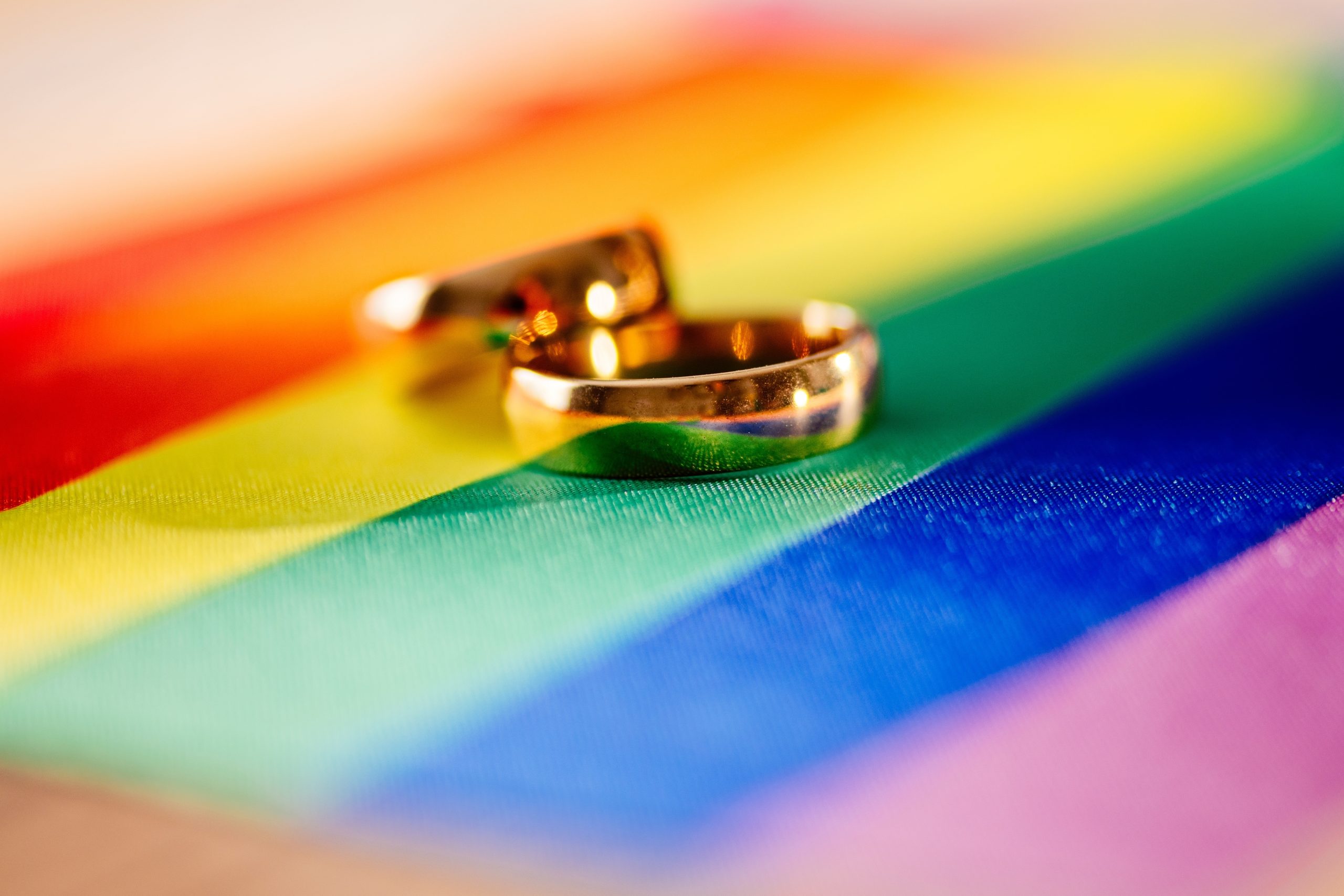 Lorie Smith, the owner of the marketing brand 303 creative, is currently in the middle of supreme court case 303 Creative LLC V Elenis where she is fighting to ensure she can reject any clients that are a part of the LGBTQ+ community from utilizing her wedding website services. She is claiming that it is her first amendment constitutional right to decline website-creating services for people in same-sex marriages because they go against her personal religious beliefs.

First I have to note that 303 Creative has not received any requests from the LGBTQ+ community for her services. Smith has also yet to offer the wedding website development service in question. Smith’s actions to go to the supreme court to ensure they don’t have to serve this community are presumptive and hypothetical.

The fact that Smith has taken this all the way to the supreme court is absurd. There are so much bigger more pressing matters going on in the world and this is an absolute attack on the LGBTQ+ community while also being pretty selfish and boisterous. Smith has no scenarios where she has run into the problem she is trying to ensure she never runs into it. Smith has even been quoted saying that she will not proceed with offering wedding website development if the supreme court votes against her case. This is such an extreme length to go through to ensure she keeps a certain right-wing Christain clientele. This case is also so much deeper than simply being hateful against the LGBTQ+ community even though being discriminatory and hateful is enough. 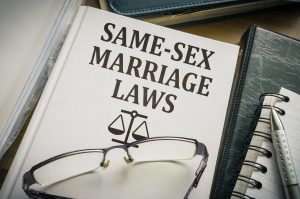 This Act occurred after the overturning of Roe V Wade when Justice Clarence Thomas declared that if Roe V Wade was overturned they should also re-visit the Obergerfell case in 2015 that legalized same-sex marriages in the first place. This set of controversy and alarm bells not only across the nation but in our justice system.

This act passing in Congress does come at a unique time with the 303 Creative case. It does show some indication that the Supreme Court will hopefully rule the appropriate way and strike down Smith’s request to be biased through her business.

The Alliance Defending Freedom is currently representing 303 Creative. The Alliance Defending Freedom is a group of American conservative Christian legal advocacy groups. Its primary goal is to expand Christian practices in America such as schools, the media, and public entities. It also heavily focuses on criminalizing people who are LGBTQ+. Meaning, they believe people who are LGBTQ+ should be illegal and imprisoned for having same-sex interactions. This expands to everything that encompasses being LGBTQ+. They spread lies and false narratives that the LGBTQ+ community is involved in pedophilia and are a danger to society. They have a huge hand in pressing religious exemption cases that discriminate against the LGBTQ+ community.

The Center for Countering Digital Hate found that the spike in hate towards LGBTQ came from the false narrative that LGBTQ+ people “groom” children. Republican lawmakers are pushing this false narrative that LGBTQ+ people are unsafe and predatory when on the contrary there is no authentic and conclusive data to back this statement. The Rape, Abuse & Incest National Network (RAINN) reports that In “88% of the sexual abuse claims that CPS substantiates or finds supporting evidence of, the perpetrator is male. In 9% of cases, they are female, and 3% are unknown.”

RAINN also reports that among the cases reported to law enforcement 93% of abusers are known to the victim. Meaning that a child isn’t more likely to be groomed in a gay club or at a drag show. A child is more likely to be groomed by someone they know and trust such as an uncle or “trusted” family friend. Spreading misinformation like this is incredibly damaging to the LGBTQ+ community.

The Southern Poverty Law Center first listed the Alliance Defending Freedom as an anti-LGBTQ+ hate group in 2016. The SPLC defines a hate group as an “organization that, based on its official statements or principles, the statements of its leaders, or its activities, have beliefs or practices that attack or malign an entire class of people, typically for their immutable characteristics. The organizations on our hate group list vilify others because of their race, religion, ethnicity, sexual orientation, or gender identity — prejudices that strike at the heart of our democratic values and fracture society along its most fragile fault lines”.

If this all sounds familiar you would be right. Colorado had a similar situation when a gay couple attempted to purchase a wedding cake from the Colorado bakery Masterpiece Cakeshop and was denied being able to purchase the cake due to being gay. The Colorado Civil Rights Commission sided with the couple and ordered Masterpiece to ensure their policies are updated and non-discriminatory. Masterpiece proceeded to take the case to the Supreme Court with the help of the ADF. The very same institute that is currently helping 303 Creative in their Supreme Court case.

As the case continues more information is being released as to just how little Smith would have to interact with anyone of the same sex. To the point where it makes her argument seem like a joke and unnecessary. Under Colorado Law, she simply needs to allow everyone and anyone to purchase her wedding website templates. Smith wouldn’t even necessarily have to work directly with any same-sex couples.

The First Amendment provides that Congress make no law respecting an establishment of religion or prohibiting its free exercise. It protects freedom of speech, the press, assembly, and the right to petition the Government for a redress of grievances.

You cannot force anyone to create or express through art something they do not want to create, don’t believe in, or go against their religion. A lot of art and expression is not through a business. Once it is a business, however, laws are in place to deter any discrimination. 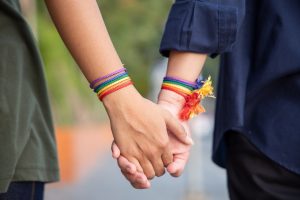 Being LGBTQ+ is not wrong. It is a shame that anyone still believes it is. If Smith so fully believes this then she should reevaluate if she wants to be a business owner. She has every right to create her art and her websites how she wants, and under Colorado Law, she simply cannot sell those products if she is choosing to be discriminatory. Smith can even create images that are inherently from a bigoted viewpoint and she can create her whole business around Christianity. This breaks no laws. As long as all of her creations and content and services are available to everyone.

Will the Supreme Court Support Discrimination?

When you open a business or an establishment it is illegal to discriminate against patrons or customers based on gender, sex, and sexual orientation. There are plenty of businesses that cater to a certain group but also don’t discriminate. Hooters was created for the male gaze and families, women, and just about everyone goes to eat their wings. No one is denied service because of who they are even though the premise was intended for males. It just wasn’t created *just* for males. This is absolutely legal and does not demonstrate bias or discrimination. That is how you have to run a business that is geared towards one group in particular. Denying someone access to a business or service is a totally different ball game and it is discriminatory and illegal.

The response on social media has been overwhelmingly not in favor of Smith. Many are claiming that not only has no same-sex couple asked for her services but that no one would in the future. Many have made videos showing her work and expressed that it was less than desirable and that no one wants to do business with someone who is homophobic. I think it’s also safe to say that if you are marketing your brand as Christian with certain values you are more than likely to get customers that feel the same versus the alternative.

Overall it is abused that the 303 case is currently being tried in the Supreme Court. It is 2022 and in a post-Trump nation, people are still trying to ride the coattails while society continues to go backward and suffer. Denying women’s access to abortion and restricting LGBTQ+ rights is not only unconstitutional it is just plain wrong.

← Iran Threatens to Execute all 15,000 Protestors Currently in Custody Branding Your Small Business: Tricky but Vital → 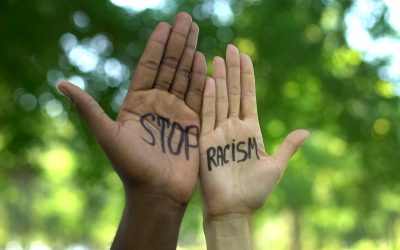 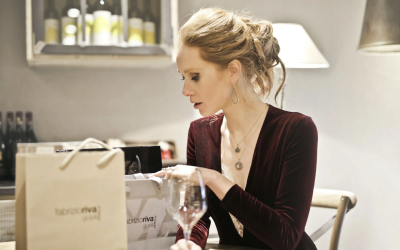 Small Business Marketing Small businesses are a crucial aspect of the American economy. They create two out of every three jobs in this country and account for nearly half of all private sector payrolls. That’s why it’s so important for small businesses to have an... 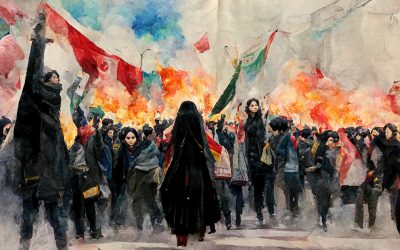 Iran Threatens to Execute all 15,000 Protestors Currently in Custody

Iran is on its 53rd day of protesting after Mahsa Amini fell into a coma and died after being arrested by Iran's morality police for wearing her Hijab "improperly." Iran has since been protesting her death and fighting for fundamental human rights, especially for... 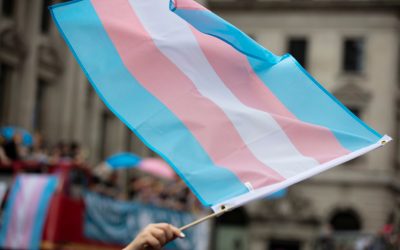 It is a new level of insanity when people have to fear for their safety and life when they are just existing peacefully as themselves. Florida is known for its loose gun laws and strict laws on being LGBTQ+. Recently Miami-Dade made another disputed decision to not... 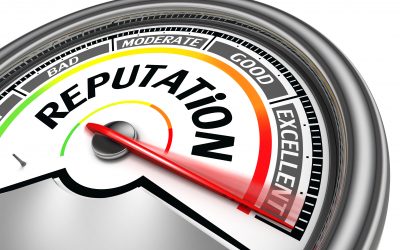 As a business or professional, your reputation is everything. That said, your reputation is on the line every single day, especially on the internet. All it takes is an unscrupulous competitor to pay off some trash-talkers or a group of disgruntled customers to set...