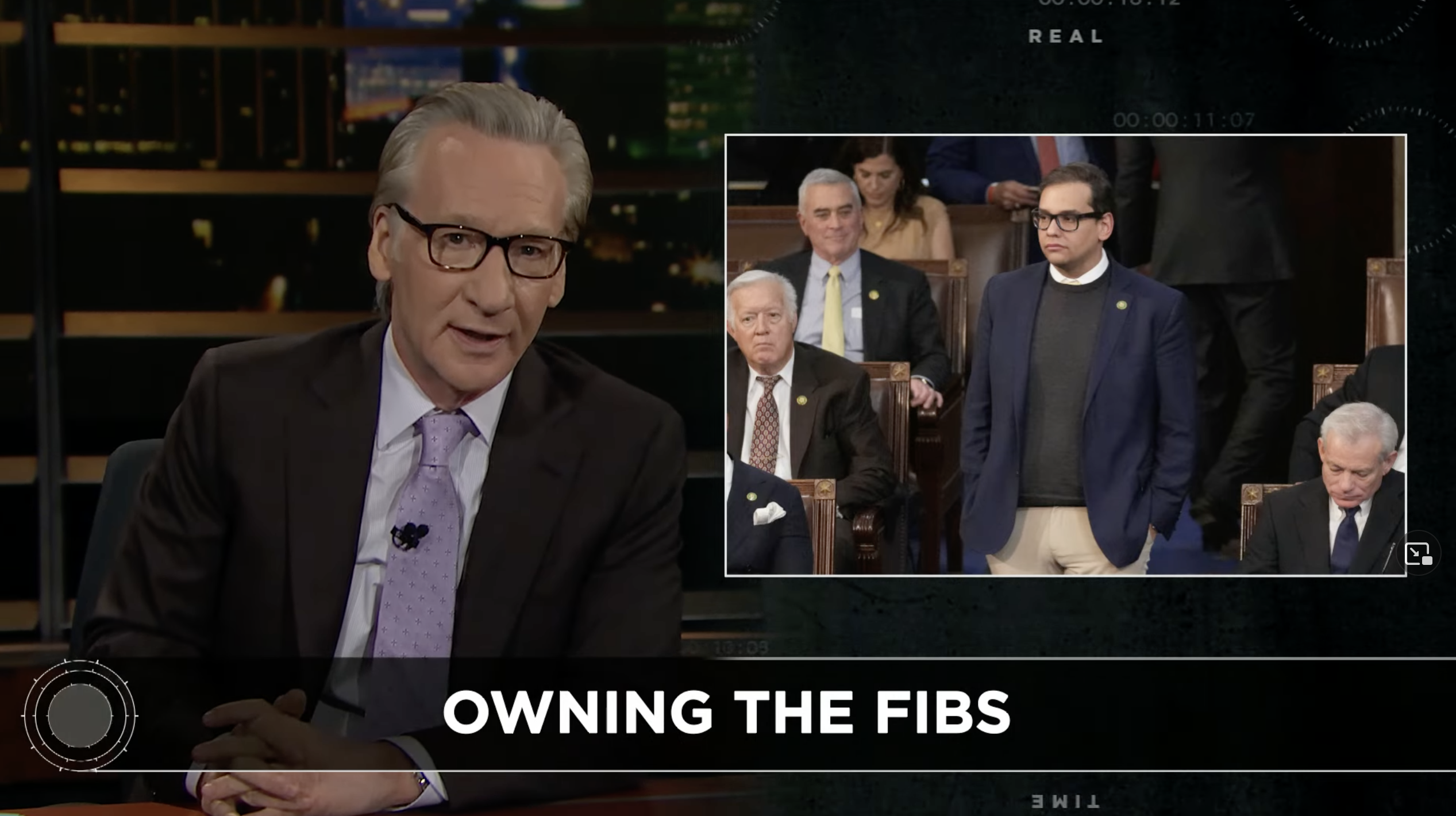 Bill Maher is back!

Bill Maher is back on the air on HBO every Friday night at 10 pm. Tonight was a great opening episode for the new season. Below is tonight’s New Rule that Bill Maher did on George Santos to close the new season’s first show. Santos as you most likely already know is the Republican House member who has been caught literally lying about his entire identity. He has lied about his college, his mother, his grandparents, his religion, and even about running a charity to help save a veteran’s dog.

It’s almost become comedy at this point, since no one in our lifetime, has ever been caught in this level of lying before. He may easily be the world record holder for lying at this point. It also could get worse, because now multiple investigative agencies are not only looking into his rampant and insane lies. But, are also looking into big questions about his financial statements. Where Santos seems to have fallen ass-backwards into millions of dollars recently. More specifically he went from making $55,000 a year in 2020 to making between $3.5 million and $11.5 million in 2021 and 2022 of which he funneled $700,000 into his House campaign for Congress. That’s quite a raise for a con man!

← Get Wise: Nuclear Fusion and How it Can Change Human Destiny Kamala Harris to Speak in Florida on the 50th Anniversary of Roe V. Wade →