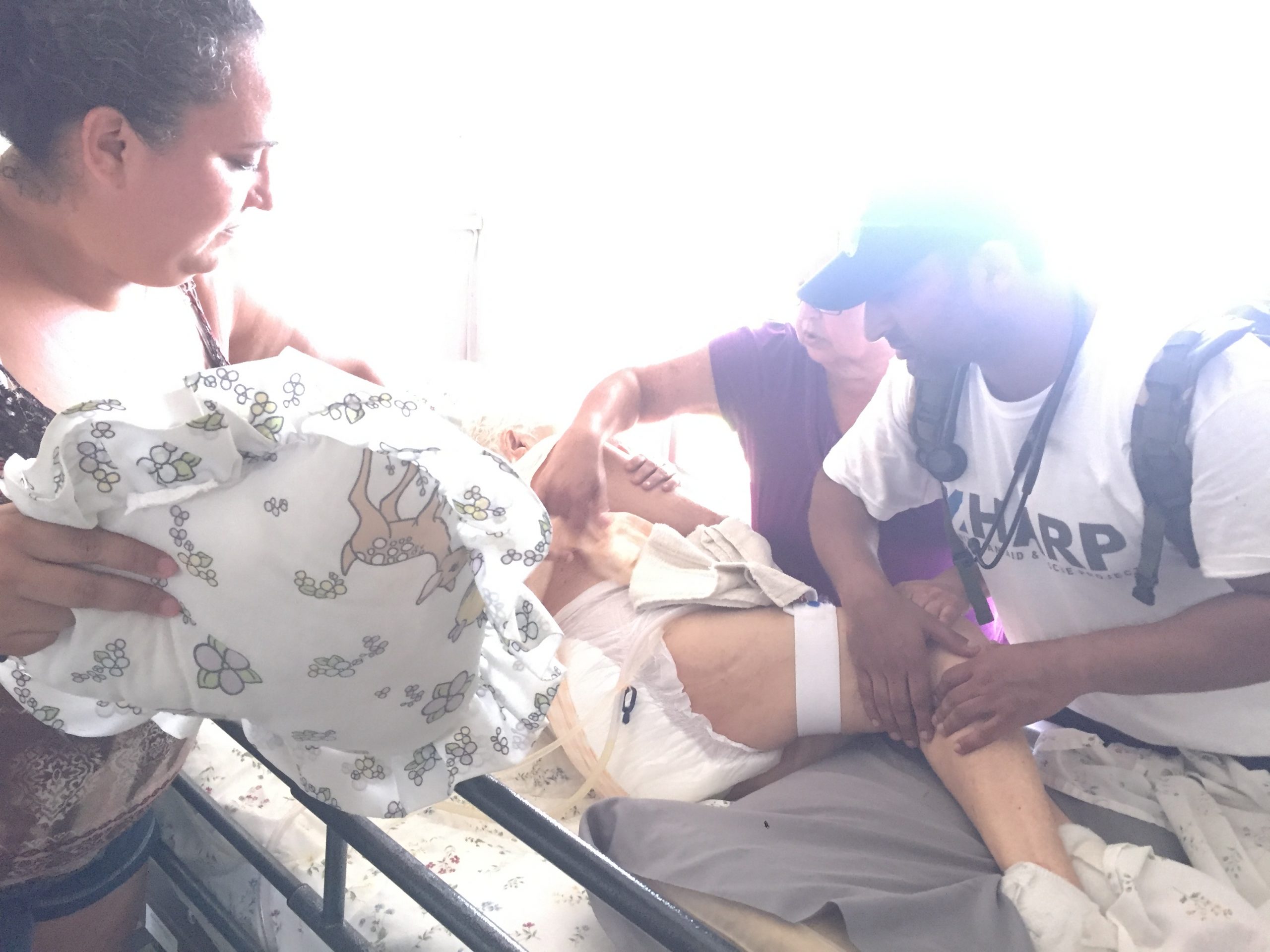 Some primary care doctors excel at doing their jobs and treating patients on the home front. Others are graced with the unique ability to help their own patients, as well as people in need across the globe.

Here’s a snapshot of Dr. Naval Parikh’s exemplary acts of humanitarian service in Puerto Rico in response to Hurricane Maria.

The Situation, What Happened in Puerto Rico in 2017 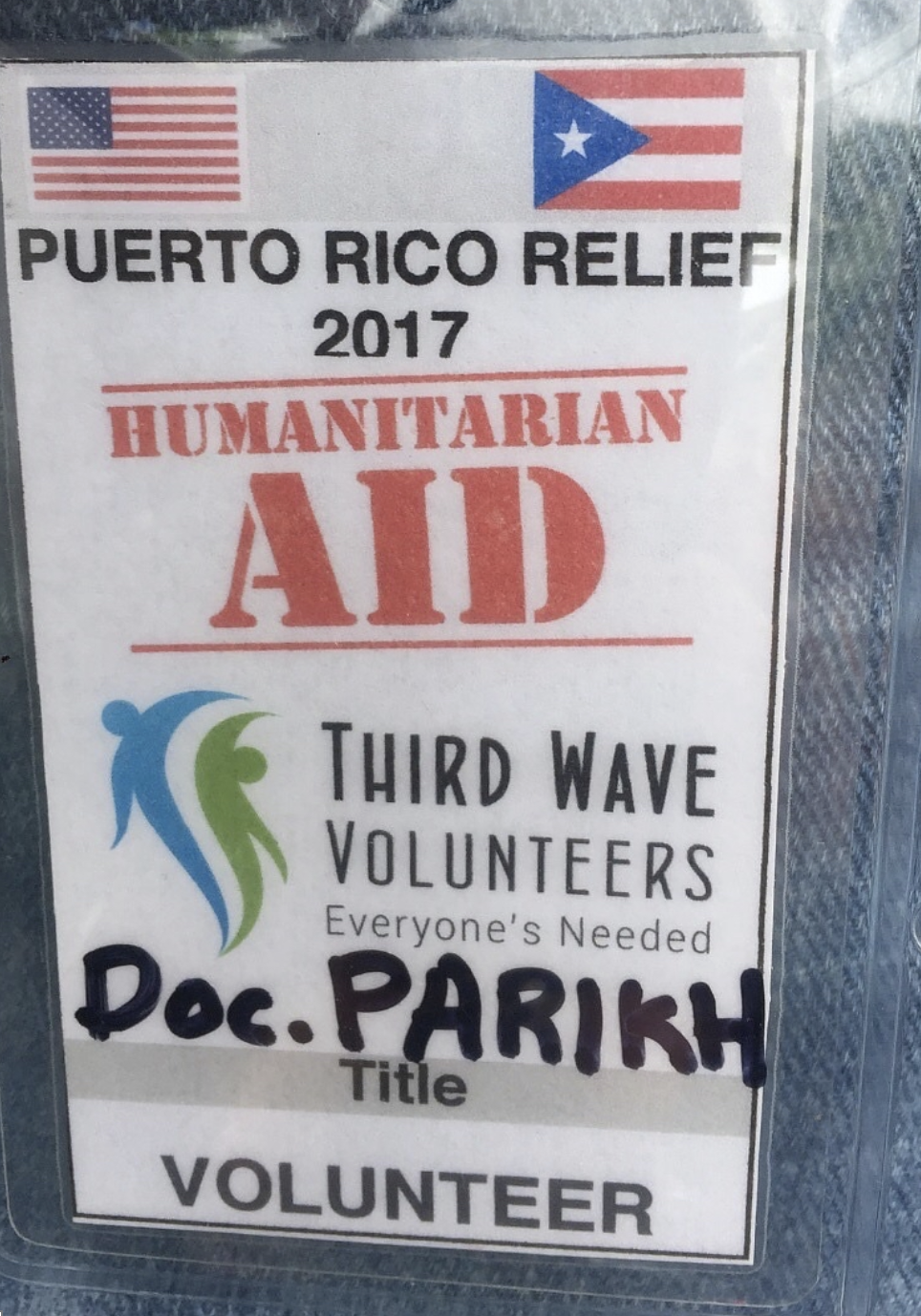 Puerto Rico is a vibrant island community that over 2 million people call home. In 2017, Hurricane Maria devastated the island and the neighboring areas as it traveled on a path of wanton destruction.

Hurricane Maria left death, destruction, and devastation in its wake as it demolished homes, businesses, and clinics. Over 3,000 Puerto Ricans lost their lives throughout the course of the hurricane’s unrelenting assault on their island community.

Hurricane Maria ranks as the 10th worst and most intense Atlantic hurricane to date. The damage to Puerto Rico and the Virgin Islands exceeded $90 billion which was dwarfed by the cost of the catastrophic loss of human life that resulted from Hurricane Maria.

CNN described the damage from Hurricane Maria in Puerto Rico as apocalyptic. Millions of people were cut off from communications which essentially isolated them from the world. Imagine living through a violent hurricane and losing everything except that which is most precious of all, your life. Picture walking through empty streets and witnessing the raw devastation of Hurricane Maria’s incredible force.

With no way to get word out, the isolation would weigh on you heavily. Fortunately, there was not one, but three waves of brave volunteers sent in to help Puerto Rican citizens in their time of need.

One shudders to think of what could have happened if that third wave of volunteers including Dr. Naval Parikh was never sent. Puerto Rico needed healing, they needed assistance, they needed a rescuer. Thanks to the efforts of Dr. Naval Parikh and volunteers like him, Puerto Rico was finally able to start healing as it recovered from the terrible damage of Hurricane Maria.

Here’s an overview of what you should know about Dr. Naval Parikh’s heroic service during his time in Puerto Rico.

The Third Wave of Volunteers, Dr. Parikh’s Heroism in the Face of Danger 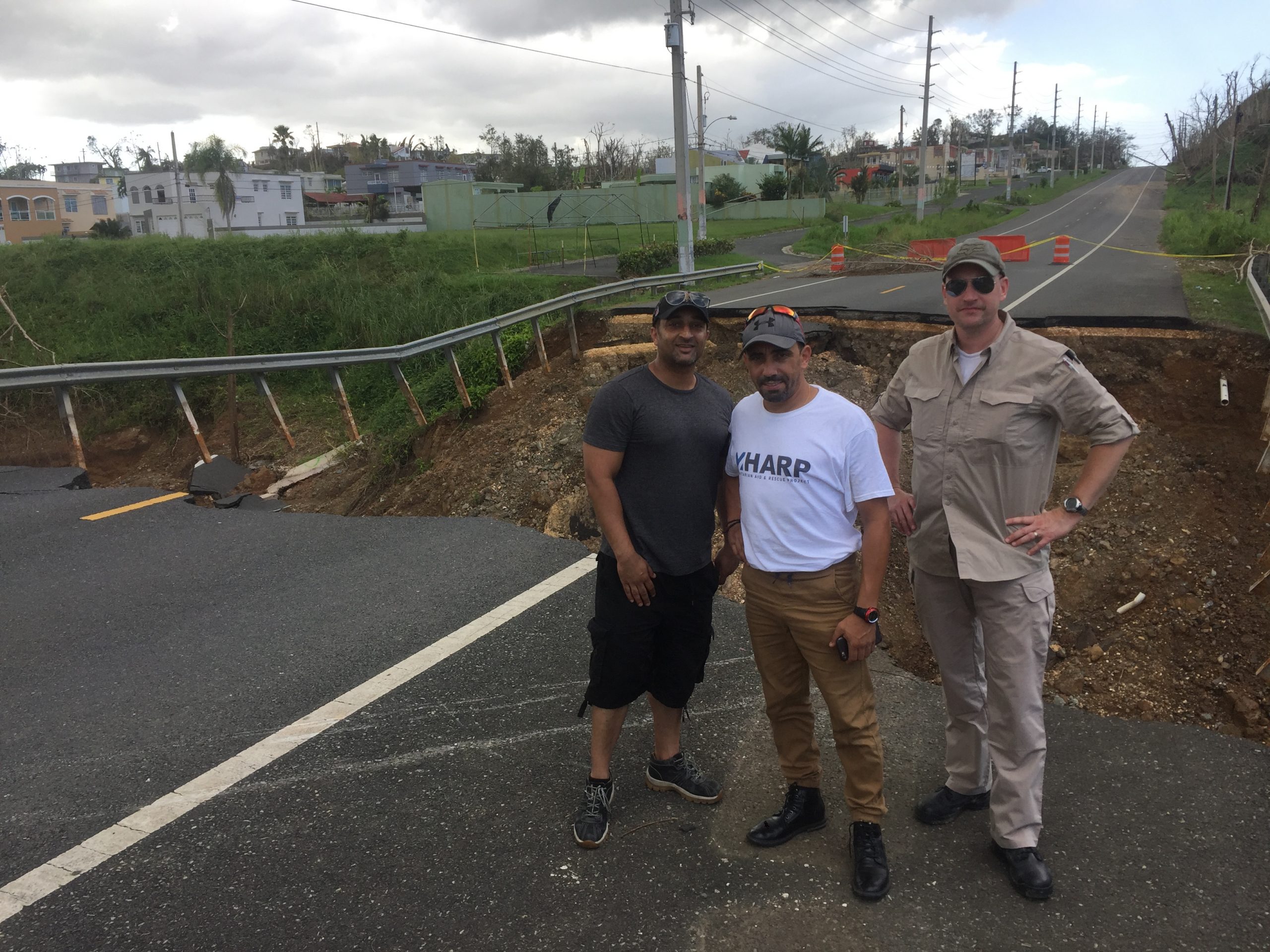 By the time the third wave of volunteers was called for, conditions in Puerto Rico had deteriorated to such a point that only the bravest of souls would consider traveling there to help out.

When the third wave of volunteers went out they knew that things were bad, but they had no idea how terrible the conditions truly were until they arrived. Many people with a chronic condition were trapped in their houses with no access to roads to take them to the medical clinics or dialysis centers. Dr. Naval Parikh distinguished himself as one of the most dedicated members of the third wave of volunteers as he relentlessly helped the local people under adverse conditions. 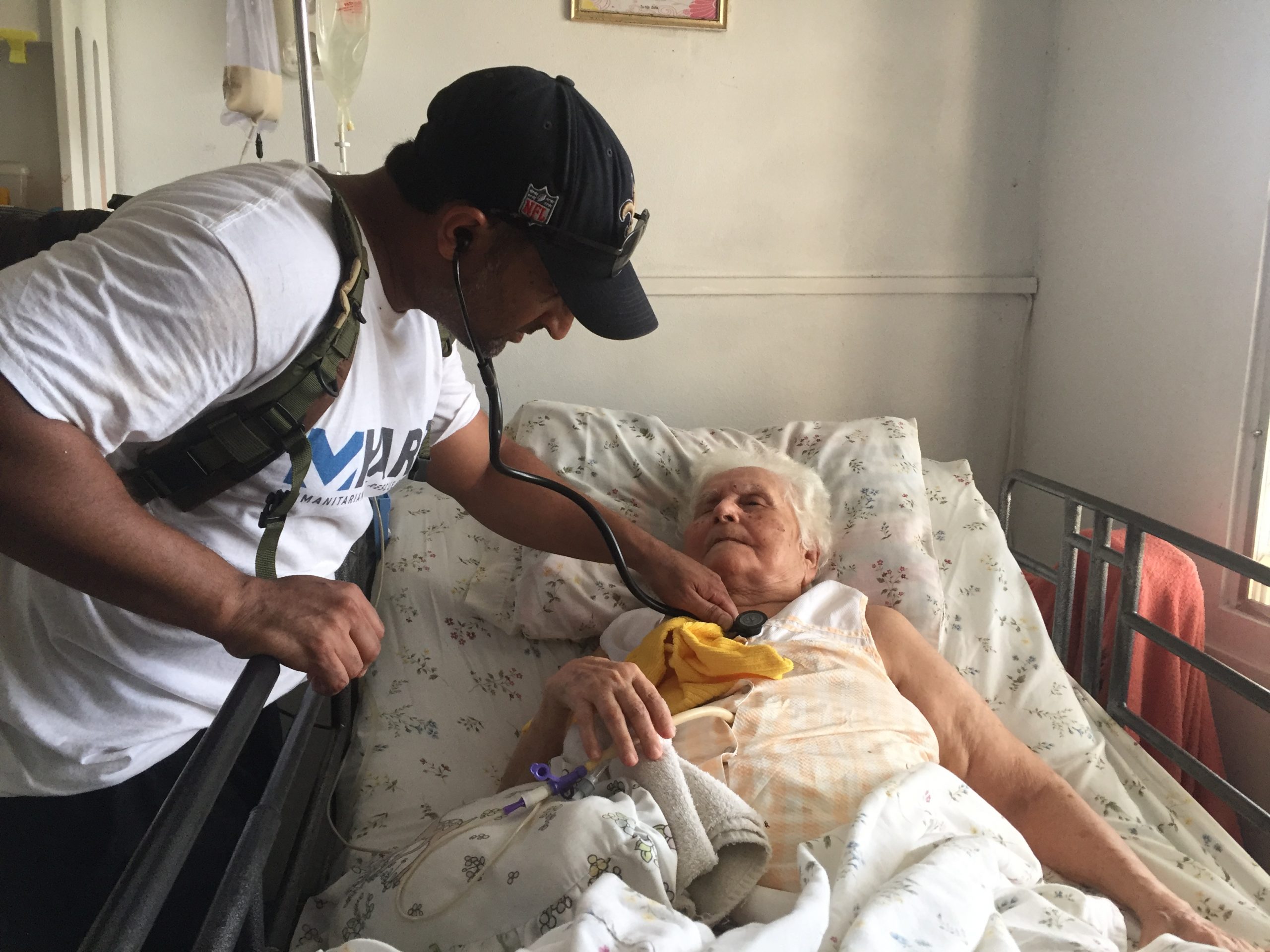 Dr. Naval Parikh assisted many house confined individuals who had no access to medical care. He treated individuals with uncontrolled hypertension to save them from getting heart attacks or strokes. He would treat wounds caused by hurricane debris or from cuts sustained during hurricane clean-up. He helped diabetics who had run out of their insulin to get their sugar under better control. He even assisted dialysis patients in checking their potassium levels and ensuring they don’t get heart arrhythmias from lack of dialysis. The horrid winds and waves of Hurricane Maria could tear the rooftops off of homes and buildings, but it could not tear Dr. Naval Parikh’s passion for saving lives from his heart.

As one-quarter of the Puerto Rican population was still cut off from electricity as late as five months after the hurricane struck, finding essentials like drinking water became increasingly difficult.

When he wasn’t saving lives, Dr. Naval Parikh helped in daily labor chores such as delivering much-needed water to the elderly throughout the area. He visited the homes of elderly citizens that were still suffering and in need to bring them sustenance.

Thanks to the wisdom of the Miami Mayor’s office and the generosity of people like Dr. Naval Parikh, the suffering of the people of Puerto Rico would have reached horrendous heights. As a member of the third wave of volunteers, Dr. Naval Parikh helped to ease that suffering as they brought help, healing, and peace to the imperiled island community. 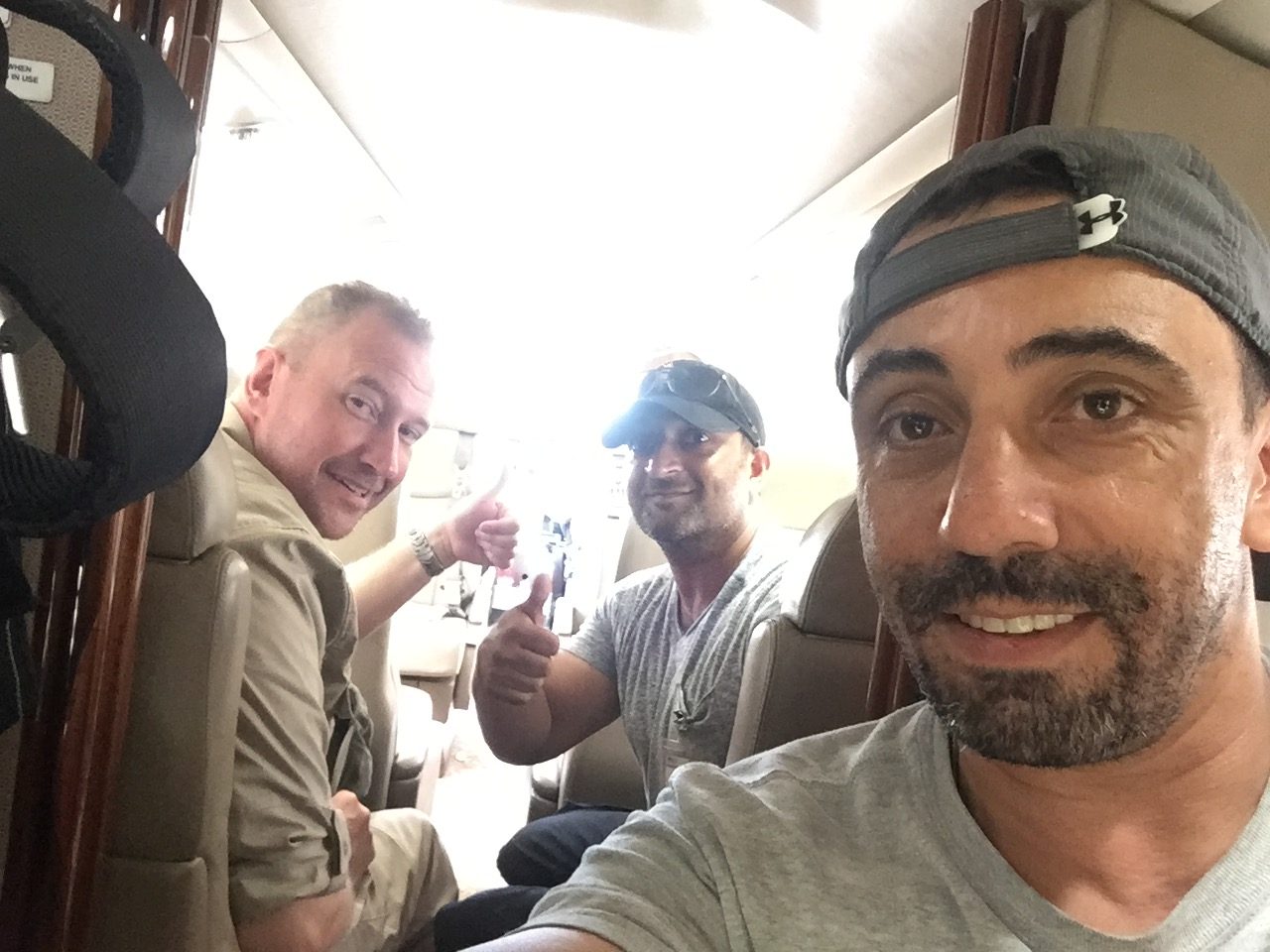